This beautiful article shouldn’t stop here; it needs to be read by a larger public, not just by 12,000 paltry readers a month that you have here. All New Yorkers, all Americans and people overseas should be able to read what Frances Oliver wrote, as everyone was touched by 9/11 in one way or another. Our lives have changed radically since that day. It is shameful what they have done to Ground Zero – even a mosque would have been better than a shopping center, at least as a place to remember what happened there.
I suggest we all circulate this article, in all the social media, to our friends, to our colleagues and most of all to our governments. Whoever can re-publish this (obviously asking for permission) please do so, so this very striking piece can be widely read.
Alan Tennyson, 07/04/2018
(from webpage)

I totally agree with you and am sending the article to my contacts now. However, I don’t think a mosque was appropriate either.
Kind regards,
Dott. Giovanni de Santis 08/04/2018
What about all the people that died there? Just numbers?
Jan Eriksson 08/04/2018
(from webpage)

A cathedral to shopping; as we are faithless today, that is all we are able to do – shop and then shop.
Margaret Corsen 08/04/2018
(from webpage)

Perhaps with all that money, $4 billion, they could have built a colossal anti-war museum of art.
Sasha Kuznetsov 08/04/2018
(from webpage)

I like your idea.
What if the stores were removed and the place done over as an anti-war museum of art? Art instead of stores!
I can’t understand why the people of New York didn’t protest this lack of respect for those who lost their lives there and afterwards of cancer from the dust. Their city was bombed, their monumental buildings were destroyed; thousands of people were killed, and what do they put in its place? A shopping center! It doesn’t make sense.
Park Jin 09/04/2018
(from webpage)
Hi Sasha,

I like your idea of an anti-war museum instead of a shopping center at Ground Zero. Can we start a petition? With all the thousands of readers here, maybe we create the momentum leading to something big in the social media. We need to ask for a re-use of the building space with an attached business plan for the museum and its management.
Jeff Diamond 25/04/2018
Francis,

I may live on another planet, but thanks to this article I learned what happened to Ground Zero. I find it a sacrilege. How could they even think of opening a mall there? I can’t understand the reasoning behind it, except for financial concerns, but even so something is wrong with a society that accepts this.
Tanvi Laghari 08/04/2018
(from webpage)

The original avant-garde was opposed to what was then “contemporary art”, the art of the establishment, embodied by the Academy, the art “everybody” thought was the most relevant, the best, and certainly the most certified by the proper art authorities. According to Greenberg and others, the Impressionists found the inspiration for their resistance in “old” art, like the relatively crude painterliness of Goya who, like them, would never have been admitted to a Salon show. Thus, the term “avant-garde” is somewhat paradoxical when applied to the Impressionists, in what turned out to be “the latest and greatest” of their time was rooted in the past and opposed to the dominate “latest”. The dominance of “the latest” continued into the 60s, but reached the pivot point in 1973 when the Robert Scull auction demonstrated contemporary art is a worthy investment, a demonstration that has been reproved time and time again ever since. Money talks, loudly. Above all, money persuades.
Today, the only art publication that reflects a general pattern of resistance to what is valued contemporaneously by our art institutions is the NAE. Some of the writers you have gathered seem to look more and more to what has stood the test of time, especially that part of it that looked good first, then performed whatever the temper of its time inspired second. Art hedonism, as I would call it. Autonomy, as Greenberg called it. “Avant-garde” is no longer used paradoxically. The stuff the institutionalized “avant-garde” produces is in fact “the latest”, it just is not “the greatest” – exactly the same circumstance that applied to the late French Academy. Lacking what it takes to be great binds it solely to the conceits of “today” that it eagerly “explores”, but when the relevance of “today” fades as it surely will “tomorrow”, that portion of the current art glut that lacks what it takes to make it as art will fade along with it. That is to say, most of it.
All art, good and bad, reflects the temper of its times because it is a product of its times. What makes the difference between the good and the bad isn’t something we can “know”, but like the vulgarian in the street, I know what I like.
John Link 28/4/2018
Bravo

I applaud your effort & feel your line of thinking is spot on accurate. This subject has had a devastating effect among outsider artists. Sales have plummeted for the traditional hand crafter in this country, but worse yet is the loss of all that creativity as it is no longer viable for many to continue. Great civilizations thru out the world & history are known by their creative works as humble as daily dishware, grave goods etc., as much as massive monuments. We are losing this to computer designed, mass produced disposable work that may have merit but won’t stand the test of time.
sincerely,
Bruce Cook 14/52018

Right, you don’t understand me, nor do you know me in the least. We would probably get along just fine if we met. I like Derek and would probably like you. Life is a mystery, isn’t it?
Look, I am just a poor painter. Derek personally asked me face to face to start writing for the NAE a year ago last November. I wasn’t intending to start writing for anybody. Several people asked me. I started to write in an effort to learn language skills and better myself. Neither the NAE nor Neoteric paid anything. Truthfully, the only people who read the reviews or even cared at all were the artists and their friends.
Derek asked me to write some reviews and then declined to publish them. He doesn’t own me, if he didn’t want the stories I’d go somewhere else with them. What would you do? If a gallery asked for an exclusive, I’d laugh. None of you own me and it is foolish to behave this way.
Look, I’m telling you both New Art Examiners can go to hell. Neither publication has a future, just a past that no one can seem to reconcile. But in person, I’ll buy the beer.
Cheers,
Bruce
(Editor: Our future is secure. 14,000 unique visitors a month, 600 comments, international advertisers and a growing number of intelligent, writers. But that’s what happens when Derek Guthrie is at the helm.)

In the last issue we carried a full page advert from Rona Hoffman Gallery in Chicago. It is a sad indictment on the gallery that they asked to pull the advert two days after we had printed because we were not the ‘Chicago New Art Examiner’. When we explained what the cabal had done and that there was, and only ever will be, one New Art Examiner, they said ‘the situation is complicated.’ They have refused to pay us the $500 they owe. This obviously has more to do with personal dislikes than professional stature.

To the Editors,
An unusual art exhibition of contemporary Chinese artists in honour of the 2018 Beijing Summit of the Forum on China-Africa Cooperation is opening in Chongqing and then in Shenzhen, Shanghai, Weihai and Hangzhou. In the spring the exhibit will go on tour in Africa. It’s unusual because it shows a Chinese perspective of many African countries. It would be interesting to see what the New Art Examiner thinks of these works. 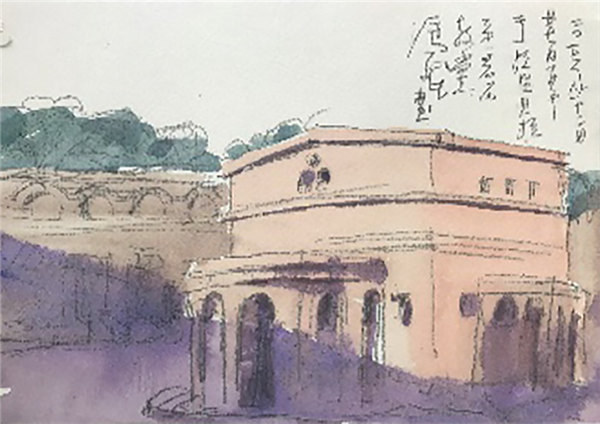