The Pains of Young Frida

From the Casa Azul in Mexico City, where the artist Frida Kahlo lived for many years with her husband Diego Rivera, new documents have recently emerged that had been hidden away for decades in cases and trunks.
The discovery of this archive material sheds new light on the painter and has inspired, among other things, the exhibition, “Frida Kahlo – Beyond the Myth”, at the MUDEC, in Milan until 3rd June 2018.
Over 100 paintings, photos, drawings, letters and everyday objects (divided into 4 categories: the woman, the earth, politics and pain) are on display, to dispel the myth of Frida as a pop icon, now so closely associated with the artist, and reveal her extraordinary technical skill, innovation and inherently revolutionary nature of her painting in which she anticipated styles and trends in contemporary art.
“There have been two grave accidents in my life, one in which a streetcar knocked me down … the other accident is Diego”. At 17, the artist was crushed in an accident between the bus on which she was traveling and a streetcar; the consequences were devastating. She had to have at least thirty operations that left her with permanent scars and in pain for the rest of her life. At the age of 22 she married Diego Rivera, one of the most famous Mexican muralists, bearing his many infidelities but always remaining tied to him.
Passion, pain, and Mexicanness are the elements of her art. Frida loved her land, a Mexico recovering from a bloody revolution, and like other intellectuals she enthusiastically dedicated herself to the reconstruction of the nation, joining the ranks of the communist party. But, while Rivera painted large frescoes that have the struggle and history of the Mexican people as their theme, Frida created small intimate paintings in which she is often portrayed along with the many dogs, monkeys and deer from the garden of the Casa Azul. This does not make her art less political: her own body becomes a manifesto of protest, anticipating the performative actions of contemporary artists. Her pain, intimate and so personal, is broadcast as a cry that reflects the suffering of the humanity. Her images, powerful and disturbing, create a sense of unease and anxiety in the viewer, who comes to face their own fears.
Reflecting colors, smells, contrasts of her land, her painting is alive, intense, oscillating between beauty and macabre, sacred and perverse, life and death. Privileging the self-portrait to prove her presence in the world, she painted as if she were to create a diary of images in which to record her obsessions. The “exposed” heart that appears in many of her paintings, together with the fetuses of her abortions, the scars on her body, the tears and the orthopedic appliances she used, seem to be a reference to sacred images or ex votos left by the faithful in churches after a grace is received.

The other dominant theme is Diego, portrayed repeatedly, always present in her mind. Just as the bodies are broken, shrunk or enlarged in an abnormal way, so “nature assumes geometric and skeletal cadences, marking the sense of a separateness and not of a reconciliation, according to the Baroque taste of the Mexican Hispanic tradition” (Achille Bonito Oliva).
The human figure stands on backgrounds populated with dualistic symbols: suns next to moons, luxuriant vegetation in contrast with rough terrains and parched plains, empty landscapes or ones filled with animals or plants detailed in extreme minuteness.
“I hope the end is joyful – and I hope never to come back”: at age 47 Frida found the way to the end. Officially, she died of pulmonary embolism, most likely due to a voluntary overdose of a painkiller.
Today the artist is rightly re-evaluated for her work, beyond the legend and her dramatic life.

Previous Frida Kahlo Self Made Feminist
Next Dreaming with the Ancestors. Mexican Archaeology in Frida Kahlo’s Art and Life

As more information on Frida Kahlo comes to light, The Guardian writes: “That’s not her– family and friends dismiss ‘Frida Kahlo’ audio clip”.
https://www.theguardian.com/artanddesign/2019/jun/20/thats-not-her-family-and-friends-dismiss-frida-kahlo-audio-clip
If, in fact, you listen to this 1:28 minute audio clip, you will easily be convinced that the voice could never be hers. It’s the voice of a shallow and extremely sweet woman, too sweet and without any of the passion and substance that must have been Kahlo’s essence.

Though we follow after the wave of some of the other Kahlo exhibitions around the world, finally an exhibition with Kahlo will open in May 2019 at the Frist Museum of Modern Art in Tennessee. Frida Kahlo, Diego Rivera, and Mexican Modernism will show over 100 works from the Jacques and Natasha Gelman Collection. The Gelman’s, Eastern European refugees arriving before WWII in Mexico, collected works by Kahlo, Rivera and other artists of the Mexican art scene of that period.

No mention of the Frida Kahlo exhibition that just closed in Budapest at the Hungarian National Gallery?

Before reading this edition of the New Art Examiner, I had never heard of Frida Kahlo. I know, I must live on another planet, but even so, she is new to me. Thanks to all these articles on her this month, I believe 5 in total, I have (finally) discovered her, while I am dismayed by my ignorance.

What was going on in the mind of Frida when she dressed in a man’s suit for this photograph at around age 19? How did this duality of male-female contribute to the contradictions we see in her paintings? This photograph is from the twenties, which must have been amazingly unconventional for her time. 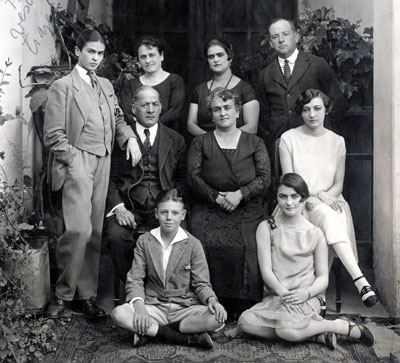 Diego Rivera must have been one of Frida’s “pains”: 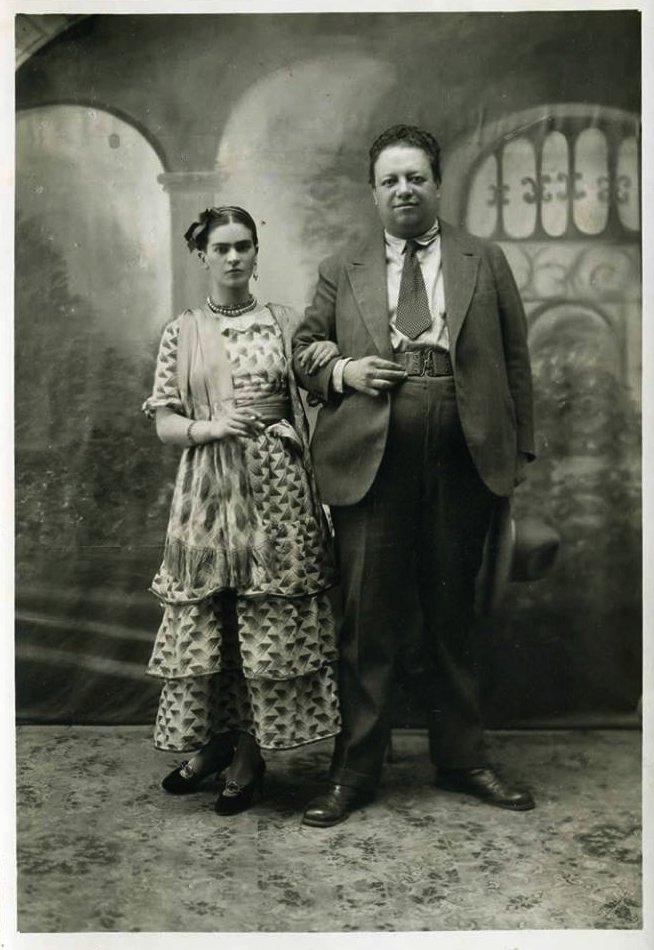 Whatever did Frida see in such a pompous a..?