In this beautiful exhibition on Baroque, the common thread that links the works of the seventeenth century to contemporary art is not so much the style or content of the works as the concept of “Baroque” and its implications.

After the rationality of art, the purity of the forms, the grace of the Renaissance, exploded in seventeenth century Europe and later in Central and South America, thanks to the Jesuits who went there to convert the natives, a way of seeing the “baroque” reality : exasperation of feelings, theatricality, abandonment to emotions permeate life and art of the age.

The word “Baroque” comes from baroque in French, barueco in Spanish, barroco in Portuguese, to indicate an irregular pearl, while the perfect pearl was symbol of the Renaissance world.

Baroque art is characterized in architecture and in painting by curved lines, serpentines, spirals and twists, while the pomp and opulence that distinguish it are the manifestations with which the absolute power of the monarchy and the Church are expressed. Luc Tuymans, Belgian artist and curator of the Milanese exhibition, explains that he started from a reflection on two works. The first is an installation already exhibited at the Foundation, but not on display in this exhibition, Five Car Stud (1969/72) by Edward Kienholz, which, in real size, shows the castration of an African American, for his alleged relationship with a white woman white by a group of white supremacists. Racism and intolerance are the feelings that invade the scene in a very realistic and almost cinematographic way. The other work is Davide with the head of Goliath of Caravaggio (1609/10). The artist is represented with the severed head of the giant to express his last dramatic years of life. In the painting, the red colour becomes the blood of the artist; his body is dramatically represented, almost as a precursor of contemporary body art. The title Sanguine refers both to the colour of the blood, to the vital temperament of the artist and to the sanguine pictorial technique.

On display, sophisticated juxtapositions link the works of the seventeenth century Baroque to contemporary art. In Caravaggio’s painting, “Boy bitten by a lizard” (1596/97), the theatricality of the boy’s pose, suddenly bitten by a lizard hiding among the fruit, is amplified by an illusionary play of mirrors, created by the light in the water of the vase, where the window and the floor of the room are reflected. The artist duo Carla Arocha and Stéphane Schraenen in the installation “Circa Tabac” create a series of mirrors that fragment the forms surrounding the installation along the floor, creating illusionistic

“Baroque” effects. The Flemish “vanitas”, linked to the passing of time, represents the transience of human life: il memento mori (remember that you must die) in Franciscus Gijsbrecths’ 17th century painting. It is symbolized by the skull and musical instruments, by the pipe smoke, from the candle that burns down and from the empty hourglass. On Kawara, the contemporary conceptual Japanese artist, interprets the theme with his series of Date Paintings, monochrome works that show the dates in which they were made, to witness the artist’s existence day after day. Tuymans claims that Baroque is the first global artistic movement: as evidence of this, two wooden sculptures from 1758, are exhibited, a work by the Ukrainian artist Johann Georg Pinsel. “Mater dolorosa” and “San Giovanni Battista” are beautiful golden works, originally placed inside a church. They stand out for their spectacularity and opulence. The richness of the drapes and the splendour of the gold remind us of the works of modern artists: who more Baroque than Damien Hirst, with his overflowing, extravagant and visionary works?

Inside the show the sculptures by Nadia Naveau refer to the ancient statuary, adding new, ironic elements, with a virtuosity that is almost kitschy. “Roi, je t’attends à Babylone (2014) is a work in which ornamental exaggeration is the link between the artist’s sculpture and Baroque culture.
Finally, a work that cannot leave one indifferent: “Fucking Hell” (2008), by Jake and Dinos Chapman, is the display of horror: the scenes, set in landscapes that recall tropical jungles or infernal environments, are teeming with figurines of miniaturized Nazi soldiers engaged in acts of violence that evoke genocide. The incredible descriptive minutia and the monumentality of the installation make the work openly Baroque and “screamed”, and bring us back to the work from where Tuymans had started, the staging of “Five Car Stud”, where instead brutality was silently performed by the participants.

Concluding with Tuymans’ words, in Baroque art “the concept of populism is inherent, created as an all-encompassing experience to instantly obtain an emotional reaction. … The public had no time to rationalize the image; the experience coincided with the exact moment in which it was observed and with the emotions that it aroused … It is an expedient that does not move away from the system used in our globalized era, in which digital technology “ … makes information accessible to anyone.” Therefore, the artist continues, it is interesting “to compare the contemporary world, marked by an expanding populism, and Baroque art, a completely different era, which could nevertheless be revived for its extraordinary relevance.”

Hi Rob I didn’t know Gregg Lambert’s work and I thank you for your citation. However, I don’t agree with him about the lack of freshness of contemporary art. I think that in every time the artist is influenced by previous masters but the important thing is that his style is unique and personal. I saw this in the Baroque exhibition. I agree with Tuymans when he says that in the Baroque art is inherent the concept of populism, and I see it in our modern times, in a lot of countries, including Italy. Also, Italian cultural heritage influences very… Read more »

When one says Baroque one often refers to spacial grandeur and swirls of color and action inference of largess, mythic and bigger than life. I would think in our contemporary visual language of this ..ie –cinema –is reduced to puffery and exaggeration psychologically–along these lines… how could we really ever be Baroque-?? and hence it’s allure, a visual drama that is often fantasy as the Baroque degenerated into Rococo- class power dreaming… pure style and over the top-ness, a largess that never is real,… fantasy and lies of power — a delusional sense. So our bourgeois egos dream of the… Read more »

Hi Liviana, you wrote, “the common thread that links the works of the seventeenth century to contemporary art is not so much the style or content of the works as the concept of “Baroque” and its implications.” Do you agree with what Gregg Lambert says in his “Return of the Baroque in Modern Culture”? He sees our contemporary moment as one marked with “profound Repetition, of having nothing ‘new’ to say, except that we have heard it all before and have become dreadfully bored (and boring as well). … It is the last sign of our failing modernity, which in,… Read more »

Some fun work is being done by Christy Lee Rogers using underwater photography, creating the effects of the Baroque period. It’s interesting to see how the fascination with Baroque continues today; the attraction to it remains. (thanks to Al Jirikowic who found this!) 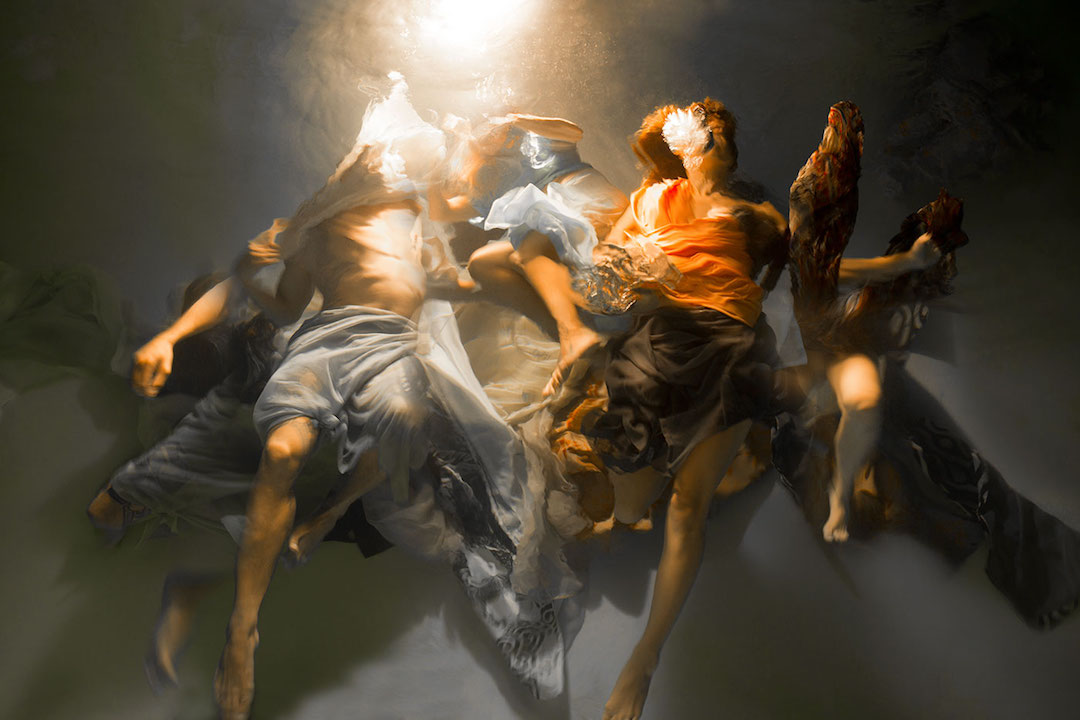