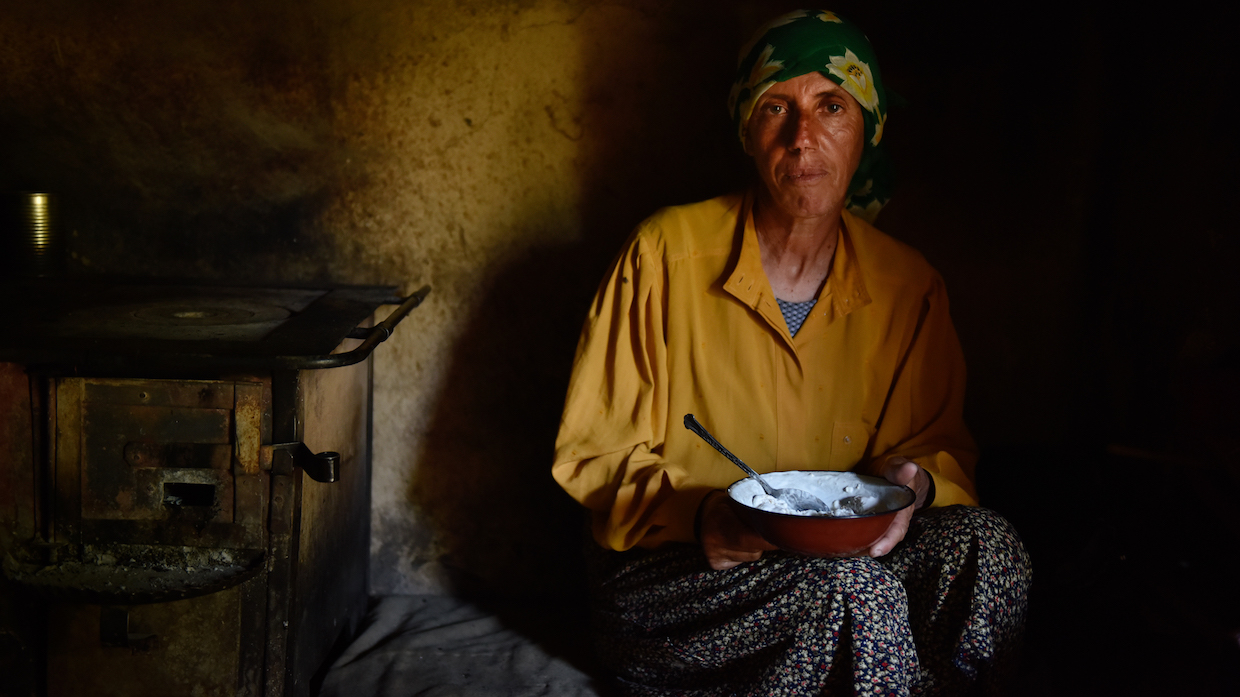 s rare for me to leave a cinema in stunned silence. But “Honeyland”, a documentary by two Macedonian film-makers that has garnered multiple Sundance awards left me muted by a cocktail of overwhelming emotions – crippling melancholy at the stark hardship of some people’s lives: profound awe at the sheer beauty of the images, and immeasurable gratitude for the comfort of my own life and the existence of loved ones to share it with me. At my side, walked my Spanish husband, also silenced by this incredible film and thrust into a reverie of visions of his own grandmother whose isolation in a remote homestead in Cantabria and her courage in the face of hardship, paralleled the life of the central character in the film, Haditze. In her mid-50s, Haditze, one of Europe’s last keepers of wild bees, lives with her elderly, sick mother in an abandoned village in the rugged mountains of Macedonia where she sustainably harvests honey. The opening shot is from a high-angle of her, a lone figure winding her way across a vast, ochre field. As a film-maker, I couldn’t help wondering if it was set-up; it was like a painting and far too beautiful to have happened by chance as in typical documentary fly-on-the-wall style shooting. But as the film progressed, and the imagery seduced with it’s breath-taking splendour, I no longer cared whether the film-makers had manipulated the action, a dilemma for many makers of documentaries. In the three years that it took to shoot the film, they had obviously built an incredible rapport and trust, though never once did you see any acknowledgement from Haditze of the existence of the film-crew. I also wondered whether the film-makers suffered the same fate as the family who moved in to one of the village ruins, eventually to bring about the collapse of Haditze’s life. While Haditze never seemed to be stung by the bees – perhaps her singing calmed them – the family, from toddler to father, suffered terribly from bee stings. Did the film-makers too, I wondered, marvelling also at their determination to tell this story. I wept at the scene of the death of Haditze’s mother and her howls of pain at the loss of the only family she had. I couldn’t help hoping that the film-makers had crossed the line from professionalism to humanity to offer her some comfort and at least to assist in the burial of her mother’s body. A masterpiece of film-making, it captivates and inspires while simultaneously challenging our complacency at the ease of our own lives. Don’t miss it.

Lovely review by a seasoned documentarian, Gill Fickling. It makes me curious about a film I probably would never have considered.